Exceptional Mathematics Educator Recognized (Oct 4)
Donald Violette (University of Moncton) is the recipient of the 2016 Adrien Pouliot Award for his excellence in teaching and contributions to mathematics education in Canada, particularly in his home province of New Brunswick.

Jonathan Borwein, former CMS President, dies at 65 (Aug 3)
OTTAWA - It is with great sadness that the Canadian Mathematical Society announces the passing of our dear colleague and friend, Dr. Jonathan Borwein, Laureate Professor at the School of Mathematical and Physical Sciences at the University of Newcastle in Australia.

The CMS wishes to extend our sincere condolences to the family, friends and colleagues of Dr. Borwein. We are humbled to have been in the presence of a true visionary and leader, and we are truly grateful for his unwavering dedication to our rich and diverse community.

OTTAWA - The Canadian Mathematical Society (CMS) is pleased to announce that Vincent X. Genest is the recipient of the 2016 Doctoral Prize. Dr. Genest will receive his award and present a lecture at the CMS Winter Meeting to be held in Niagara Falls, Ontario, December 2-5, 2016.

The CMS annually awards the Doctoral Prize to a doctoral student from a Canadian university who has demonstrated exceptional performance in mathematical research. The Doctoral Prize recipients are selected primarily based on the impact of their results and the creativity of their dissertations; other activities and accomplishments in the area of mathematics are also taken into consideration.

Each student earned an award for Canada after competing against over 600 students at the world’s most challenging high school mathematics competition. 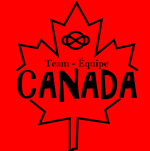 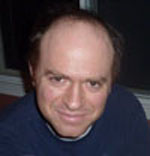 Daniel Wise wins the 2016 Jeffery-Williams Prize for a profound impact in mathematical research (Mar 29)
OTTAWA - McGill University Professor Daniel T. Wise is the recipient of the 2016 Jeffery-Williams Prize. Wise is widely recognized as one of the top geometric group theorists in the world, and the best of his generation. His work has had a profound impact, not only in the immediate subject of geometric group theory, but also playing a key role in the solution of outstanding open problems in the theory of 3-manifolds. 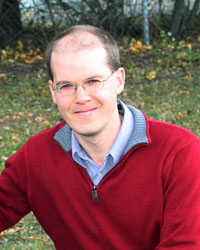 2016 CMS Excellence in Teaching award winner Ian VanderBurgh “promotes a love of mathematics among students and teachers” (Mar 24)
OTTAWA — University of Waterloo Lecturer Ian VanderBurgh's teaching has addressed diverse audiences, from struggling calculus students to Putnam students. His work has had a significant influence on the mathematical community among both students and teachers at large. 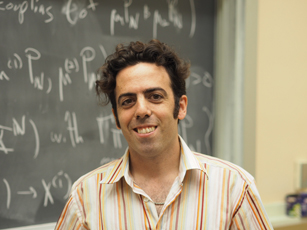 OTTAWA – McGill University Associate Professor Louigi Addario-Berry is the recipient of the 2016 Coxeter-James Prize for his outstanding contributions to mathematical research. Louigi Addario-Berry works on the interface of probability and combinatorics, and “has emerged as one of the leaders of his generation in the area of discrete probability,” one referee said.

OTTAWA – University of British Columbia Associate Professor Malabika Pramanik is the recipient of the 2016 Krieger-Nelson Prize for her outstanding research contributions. Pramanik uses analytical tools to answer questions about pattern identification in sparse sets; that is, in finding regular structures within sets that are otherwise very disordered and thin.

The 48th Canadian Mathematical Olympiad (CMO) will be held on Wednesday, March 30, 2016. In North America, South America, and Central America and in time zones covering these areas, the competition will take place from 9 a.m. to 12 noon. Elsewhere in the world, the 3 hour writing period will be arranged in consultation with the CMS. All exams will be proctored by officials who are not family-related to any of the participants being supervised.

The CMO is open only to students who have received a direct invitation from the Canadian Mathematical Society (CMS). The CMS will provide registration information to schools with eligible students in early March. Teachers must complete and submit the registration form with each student by March 18, 2016. Once registration is completed, the CMS will mail the competition kit directly to the exam proctoring official.