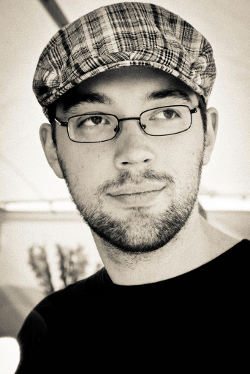 OTTAWA, Ontario — The Canadian Mathematical Society (CMS) is pleased to announce that Benjamin Young is the recipient of the 2010 Doctoral Prize. The CMS Doctoral Prize recognizes outstanding performance by a doctoral student. Young will receive his award and present a plenary lecture at the 2010 CMS Winter Meeting in Vancouver.

In announcing the award, CMS President Jacques Hurtubise noted, “The work of doctoral students is crucial to the continuing progression of our field. Benjamin Young’s research significantly advances the understanding of important concepts in mathematics and physics and he is truly deserving of this honour.”

In his thesis work, Young proved several outstanding conjectures concerning “box counting.” He was able to count the number of ways in which one can pile coloured boxes in a corner with various predetermined colour schemes.  The answers came in the form of generating functions in several variables.

“These whimsical sounding problems in fact have deep connections to statistical mechanics, representation theory, algebraic geometry, and mathematical physics,” noted David Brydges, Chair of the CMS Research Committee. “The conjectures which Young solved arose from the interactions of these subjects.”

To solve the problems, Young developed a novel use of vertex operators to relate the problems to each other in an unexpected way. His solution to Szendrői’s conjecture concerning pyramid partitions and Bryan’s conjecture concerning boxes coloured by the Klein group have proven to be important advances in Donaldson-Thomas theory, an algebro-geometric counterpart to topological string theory in physics.

Young received his B. Math and M.Sc from Carleton University. He received his Ph.D. in mathematics at the University of British Columbia, working under the joint supervision of Jim Bryan and Richard Kenyon. After graduation, he was awarded a postdoctoral fellowship from the Centre de Recherches Mathématiques (CRM) held at McGill University. He is currently participating in the program of Random Matrix Theory, Interacting Particle Systems and Integrable Systems at the Mathematical Sciences Research Institute (MSRI) in Berkeley, California. He will subsequently attend KTH Royal Institute of Technology in Stockholm for a Wallenberg Postdoctoral Fellowship.

About the Canadian Mathematical Society

The CMS is the main national organization whose goal is to promote and advance the discovery, learning, and application of mathematics. The Society's activities cover the whole spectrum of mathematics including: scientific meetings, research publications, and the promotion of excellence in mathematics education at all levels. The CMS annually sponsors mathematics awards and prizes that recognize outstanding achievements.